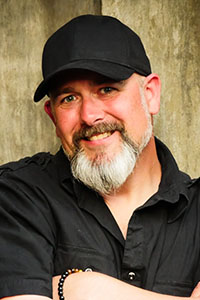 Jody began his illustrious baseball career in the Mukilteo Little League, where in 1984 he led the entire league in homeruns with a combined total of one.  He built on this success with some memorable years tearing up the diamond at Mariner High School, where coaches and teammates praised his ability to come off the bench with authority.  He was later recruited by D1 schools far and wide, but they all apparently lost his mailing address resulting in zero offer letters finding his mailbox.

In 1990, Jody’s baseball career fell on dark times as he ultimately committed to Western Washington University where he was blind-sided with the realization that no baseball program existed.  A club team was offered and Jody reluctantly joined, however, a freak accident threatened to end Jody’s baseball career forever!  A teammate’s foul ball smashed the back window of his ’86 Dodge Charger, leaving him crushed…mentally.  Seemingly with the world working against him, he made the decision to step away from the game and pursue some of the other temptations that college life had to offer – a decision that proved…well…actually, not too bad.  Jody had a blast in college!  He majored in Communications (Broadcast Production) and produced and directed numerous sports programs, including Viking Hoops Weekly and Viking Football Weekly.  He closed out his college career with an internship with KING 5 TV’s Almost Live!. He was, however, continually haunted by the demons of what could’ve been with his college baseball career.

In 2006, Jody brought his marketing skills to the table and opened Elle Marie Hair Studio with his hairstylist sister and their mother.  Over the next decade, the salon grew to multiple locations and is proud to be a three-time Best of Western Washington winner.  Jody doesn’t have a lot of hair unfortunately and longed to put his talents to work on something he was a little more passionate about.  In the summer of 2017, he crossed paths with Brent Lillibridge as he was knee-deep opening the BASE by Pros Academy.  Jody shared his passion for marketing, digital media production and baseball and a new endeavor was born.