By BASE by Pros AdministratorDecember 4, 2018December 10th, 2018No Comments 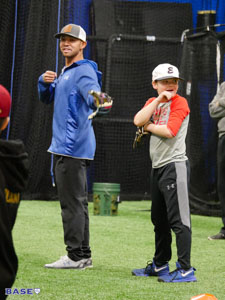 (Dec. 9, 2017) Coach Kai demonstrates a baseball drill with a volunteer.

BASE by Pros is pleased to welcome Kainoa Correa back to the Academy for the second year in a row. This year’s clinic features three hours of instruction and is open to both baseball and softball players of all ages. Players will be organized into groups with consideration of their age and skill level. Your child may be working in the cages this offseason to keep their hitting skills sharp, but are they neglecting their glove? This clinic is the perfect opportunity to get in a little glove work with one of our nation’s brightest infielding instructors!

Coach Kai currently serves as the Arizona Infield Coordinator for the Cleveland Indians Organization. He joined the Indians Player Development staff in December of 2017 after spending seven and a half seasons as a collegiate infield coach. In 7 seasons of coaching college baseball, Kai’s defenses have set the program record for fielding percentage at both of the institutions he has worked at (Puget Sound ’14, Northern Colorado ’16).

#FridayFielders – Coach Kai is also well known as the brainchild behind the #FridayFielders hashtag which went viral, ultimately leading to the formation of his Friday Fielders Camps. 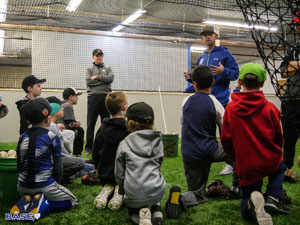 WHO: Baseball and Softball Players of All Ages

COST: $100 online or $150 at the door. For those already attending our Fielding Academy, this clinic is included free of charge. 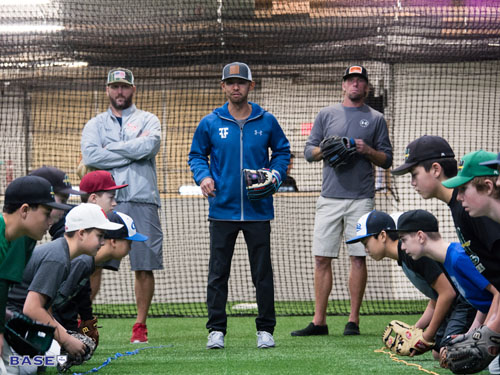 BASE by Pros Administrator