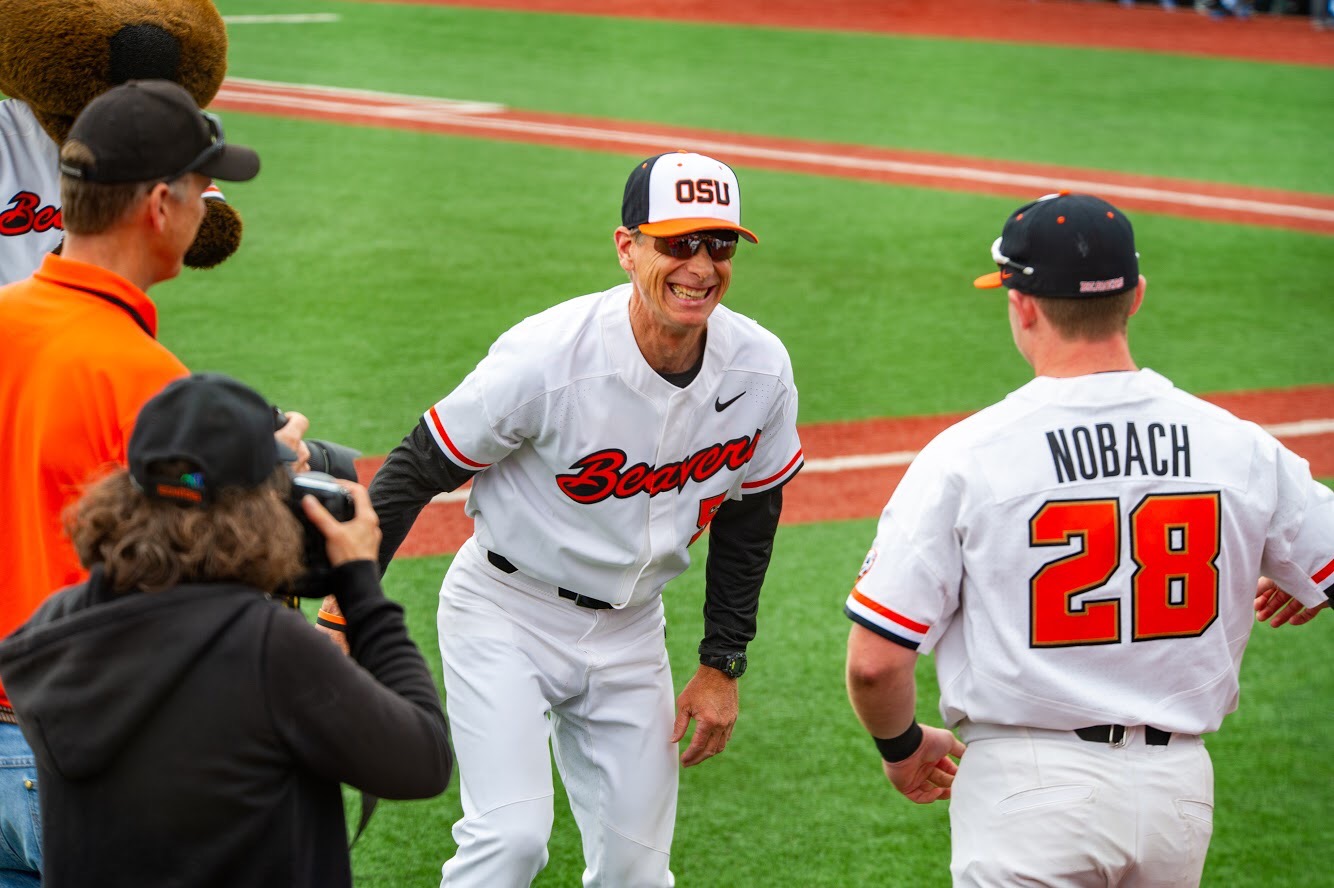 Shifting Mental Focus to Achieve the Fruits of Your Labor

“Fear is an illusion that traps the weak and motivates the strong.”

It was the fall of 2014. I had just moved to Corvallis, Oregon to attend Oregon State University. I was transferring in as a sophomore as I just finished my freshman year at Everett CC – a top-ranked junior college in Washington. Michael Conforto and Dylan Davis, both outfielders for the Beavers, had just been selected in the MLB draft. Head coach Pat Casey needed an outfielder, and I got an opportunity.

He allowed me to fail…again and again and again. As I failed, he continued to let me know that I was failing. He challenged me mentally in every single aspect of my game. He was not just good; he was great at it. There was even an OregonLive.com article written on it.

Coach Casey had pushed me in the right direction, I just needed to do a mental shift on my own. It came when I began to focus my thoughts on things I could control. The first few months at Oregon State I was worried about things that didn’t matter, such as what the coach thought about me, opinions of other people, fear, failure, not making the team, and the list goes on.

I developed a process, a routine, that focused on making me the best player and teammate possible. In all phases of the game. Skillfully, physically, and most importantly mentally. If you have a process that you believe in with other individuals that also develop these great habits, that is how you build a culture of success.

The next two seasons I walked on to the Beavers roster and started most games. In 2017, I missed the entire season due to a knee injury. In 2018, I walked on for my final season. Despite having another knee surgery, I was fortunate to be a member of the 2018 National Championship team. The time that I spent under Pat Casey and his staff taught me a lifetime-worth of lessons. I will be forever grateful for the opportunity I had to be a part of something much greater than myself.

Today, I find myself working as a college baseball coach at Everett CC and mentoring athletes of all ages at BASE by Pros. During the summer, I will be the Head Coach of the Bend Elks in the West Coast League.

The journey that started six years earlier has allowed me to learn from and build incredible relationships with people. Author and Peak Performance Coach Collin Henderson is a mentor of mine. Collin has helped me grow in my understanding of mental skills and being able to communicate those lessons to athletes.

We can have the experience or knowledge that draws an athlete in, yet still lack the ability to communicate our message. Coaches must be able to communicate.

One of the many lessons I learned during my time at Oregon State, was something I’d later be teaching to athletes as a coach. At BASE by Pros we use “Focus on the Root, Not the Fruit” to further teach this lesson.

If we focus on the “Fruit” and allow the thoughts, we can’t control dominant our life we will most certainly fail. Especially in competition things such as opinions, fear, other people, weather, injuries, crowd, umpires, etc.

Instead, center your mental energy on the “root”, meaning the things you can control. Things such as how we treat other people, habits, process, growing, routines, focus, breath, and attitude. Including the things that other people can’t see such as our internal voice, thoughts, mindset, and desires etc.

As Navy Seal Jocko Willink would say, “The only person you can control is you.”

Focus on three habits during this time that make you the best player, teammate, and human being! Every single day.